After 10 years, husband and wife team of Striking Stone, the valley's premier stone engraver, is making the leap to a larger studio.

Since opening a custom stone and brick engraving business in November 2010 during a large economic downturn it seemed only fitting to grow during this most recent difficult COVID19 year.

This past year we have fielded countless calls from grieving families as they rush to memorialize loved ones that have passed due to COVID complications with non-traditional natural garden stone and plaques. On a positive note, this year has also seen a marked increase in address markers as homeowners invest more in their homes with custom upgrades.

"Seeing this company grow over the years has been wonderful," noted Jeffrey (Oakley) Rolwing, Striking Stone's Master Craftsman. "It's been a lot of work but a lot of joy. This larger space means we can provide MORE custom engraved stone product locally that the Phoenix area has needed for quite some time. Being able to give back to the community is also a fantastic bonus!"
Read more here

--- PRLog (January 2015)
Phoenix, Arizona – Striking Stone of Phoenix Receives Best Of Houzz 2015 Award Striking Stone rated at the highest level for client satisfaction by the Houzz community. Over 25 Million Monthly Unique Users Rated Top-Rated Home Building, Remodeling and Design Professionals in the United States and Around the World. Striking Stone of Phoenix, Arizona has been awarded “Best Of Houzz” for Customer Satisfaction by Houzz, the leading platform for home remodeling and design. This growing stone engraving company with a large studio open to the public was chosen by the more than 25 million monthly unique users that comprise the Houzz community from among more than 500,000 active home building, remodeling and design industry professionals. Read more here 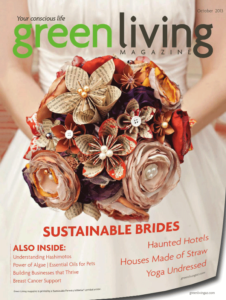 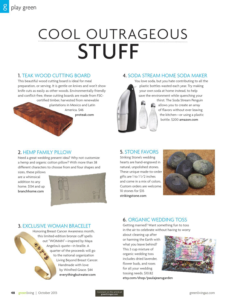 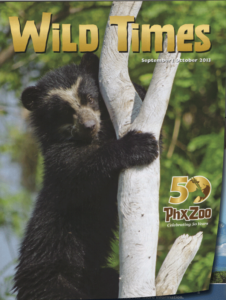 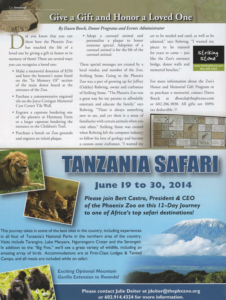 --- Deer Valley Times (July 2013)
Striking Stone raises $500 for families of 19 firefighters killed at Yarnell Hill. Polished black granite engraved memorial was custom designed and auctioned to honor the Fallen 19. Phoenix, Arizona – Striking Stone held an online Facebook auction of a custom designed engraved granite memorial and announced that all funds received would be donated to the 100 Club of Arizona. The winning bid produced a $500 donation that will be used to help the families of the firefighters. 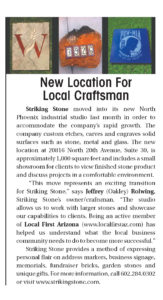